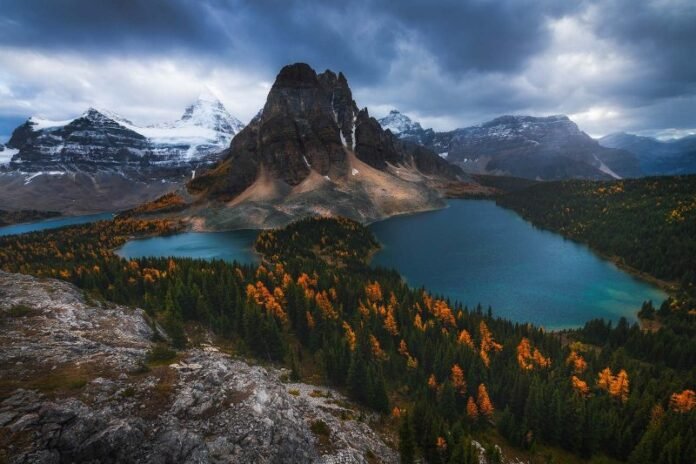 It’s not always easy to capture mountains and surrounding landscapes convincingly, but if you follow a few rules, you can.

Taking photos in the mountains can become a mammoth project if you climb the summit of Mount Everest. But even during normal mountain tours, mountaineering photography enthusiasts have their difficulties again and again. Even if the right camera is at the start. Because mountains and surrounding landscapes are not always so easy to capture convincingly. We have therefore put together the 10 supposedly most important tips for successful recordings in the mountains.

Visit here to attend the best photography workshops in 2023.

Use the right equipment

Of course, the first thing you should do is take the right camera with you on the tour. It is important with this that it is of solid quality and ideally also waterproof. Of course, dust protection is also an advantage for mountain tours.

So that the mountains can be optimally staged, a digital SLR camera or a compact camera with a strong zoom range should be used. Bridge cameras (also known as superzoom cameras) are also suitable.

In addition to the camera, mountaineers should limit themselves to a few lenses by considering and determining focal lengths at home. A wide angle lens (10 to 18mm) and a standard zoom lens (18 to 105mm) will usually suffice.

Various filters can also be packed in the backpack. A polarization filter, for example, improves the color representation and reduces hazy prospects. For photos in the high mountains, on the other hand, a UV filter is understandably recommended.

Remember the rule of thirds

Anyone who starts to delve a little deeper into photography will probably come across the rule of thirds after a while. It is one of the simplest and yet most important rules of photography and makes it possible to make even simple motifs look exciting for the viewer. However, if you take photographs for a while, you sometimes forget the simplest rules and develop your own aesthetic. Of course, that makes sense and is good, but it doesn’t hurt to keep reminding yourself of the basic rules of photography.

That’s why we say: Remember the rule of thirds, especially in the mountains! Because a lot of rock and little variety can quickly make the photos overloaded and confusing. It works much better if a mountain hut, a lonely tree or a picnic bench can be seen in about a third of the picture. In this way, the mountains next to and around it usually come into their own better.

Just as important as the rule of thirds is an interesting composition in mountain photography. The keyword is complexity. In order for the photo as a two-dimensional medium to convey a spatial impression, a skilful composition of foreground, middle and background is required. In the mountains you can experiment wonderfully with such a composition.

Because in most cases there is a foreground that represents the level on which the photographer and possibly his fellow hikers are currently located. Perhaps the valley or a particularly large mountain can be seen on the horizon. And in between there are other ridges or something like that. All three levels should be visible in the photo and should be nicely coordinated. This is how the most exciting photos of the mountains are created.

Speaking of foreground photography and mountain photos, there’s another element that always comes out well in mountain photos, but one that’s often forgotten. And these are the climbers themselves.

In front of the sheer overwhelming backdrop, you often forget that you would have liked to have seen each other afterwards during the tour. You often only notice this after the pictures have been developed, or when a photo is to be printed out in various forms and placed in the apartment. Suddenly the photos in the photo blocks, on the gallery wall or on the fridge seem so deserted and almost a little lonely.

So it doesn’t hurt to stop in front of a nice background from time to time and place the camera on a stone or even set it up optimally using the tripod you’ve brought with you. The self-timer then takes over the function of a missing photographer. Not only can the whole team be in the picture, you can also get a picture of yourself during the tour if you are traveling alone.

Of course, at first you think that a clear blue sky and pleasant sunshine are the best weather conditions for beautiful photos in the mountains. And of course – it’s easier to take good photos in such conditions than in a hazy or very foggy sky, where you hardly have a view of the valley or the distance.

Nevertheless, it is worth packing the camera even on cloudy skies and light rain. Because especially interesting formations of larger and smaller clouds that twine around the mountains and that pile up behind and above them can make for spectacular shots. In addition, such photos provide a welcome contrast to the eternally same supposedly perfect mountain photos in the most beautiful sunny weather.

Wait for the golden hour

The hour before the sun rises and before it sets is called the “golden hour”. At these times the sun is low over the country or the mountains and gives every photo a very special atmosphere in rich red-orange.

This golden hour is particularly great in mountain photography, since the light usually sets off different mountain ranges in the foreground, middle ground and background with different levels of brightness. The mountains in front are usually very dark and almost black. In the middle distance it becomes dark blue or purple and on the horizon it becomes ever paler or even yellow and reddish-orange. So that you don’t have to make a number of settings on the camera at the appropriate time and miss the perfect moment, you should know your equipment and all options well.

Think beyond the wide angle

In order to capture as large a section of the mountain massif as possible, most photographers in the mountains prefer to only take pictures with a wide angle. Certainly many great shots are taken this way, but the wide-angle lens and the corresponding setting should also be changed once in a while.

Because it is often good for the image composition if, for example, the image section is reduced a little or even significantly by zooming. The viewer’s gaze can thus be directed to a very specific area in the mountains or the landscape that might have been lost in a larger, wider shot. You should just experiment a little with this to see that impressive photos of the mountains can be taken even without a wide angle.

Diagonal lines that draw the eye to the horizon are particularly good for mountain photography. They can be used to direct the viewer’s gaze to one of the most important or most important elements of the picture.

Mountain chains, but above all hiking trails or fences on mountain huts or slopes can be suitable as leading lines in the mountains. These can then start, for example, in the lower left half of the image and lead towards the sky. Since we in the West are used to reading from left to right, our gaze will tend to wander from left to right when looking at a photo.

Many cameras automatically save the captured images in JPEG format. This format takes up less space on the memory card compared to RAW format. However, JPEGs are less easy to post-process digitally.

With images in RAW format, on the other hand, all image information is saved, so that a lot can still be done on the computer, especially with regard to the brightness of the images. A good comparison between JPEG and (edited) RAW images can be found here, for example. It doesn’t matter if a photo is overexposed or underexposed, if the white balance is wrong or if something appears blurry – JAW images can still be corrected significantly. We therefore recommend, especially with the often extreme weather in the mountains, to accept a little more memory per photo, so that the majority of the photos after the tour can also be described as successful.

Experiment with the depth of field

A good mountain photo is often characterized not only by a skilfully selected image section and a well thought-out image composition, but also by a large depth of field. Depth of field refers to the sharpness of a photo in the foreground as well as in the middle and background.

If you use a camera where the aperture can be set manually, you should use a small aperture and a high f-number. From aperture 11 upwards, one can speak of a high f-number in this case. This should make the entire image sharp.

In the case of compact camera usage where manual aperture adjustment is not possible, “Landscape” or something similar should be searched for in Scene mode. This mode usually sets the f-number automatically so that the depth of field is as large as possible

Why should you join a social club in Lidcombe?

Adreian Payne Net Worth 2022 Read The May Insights

U91 May 2022 Scam Find More On Authenticity And Review Details