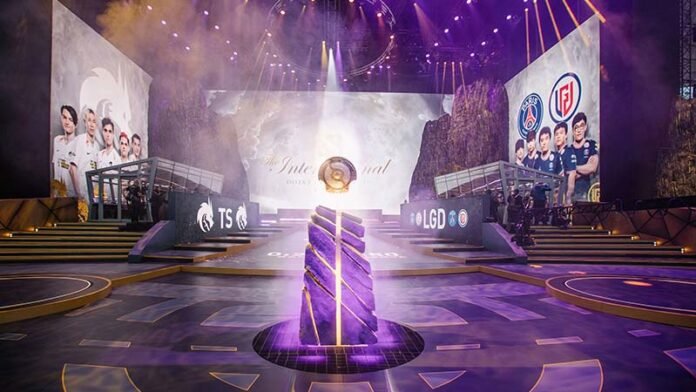 After four action-packed days at the TI11’s Group Stage, we are now up to the best sixteen teams qualified for the Playoffs. Starting from October 20, Dota 2 fans will be able to see all of them battling out at the Suntec Singapore for the first place cash prize of more than $7,000,000 and the champion of the 2022 edition of The International to be awarded.

The schedule for the Main Event is structured as a double-elimination bracket, with eight teams beginning in the Upper Bracket and eight in the Lower Bracket. Let’s take a closer look at the upcoming matches of the TI11’s final stretch and highlight some bets that will provide good value further down the odds.

On October 22nd, the winners of Thunder Awaken vs. Team Secret and Tundra Esports vs. Team Aster will book their spot in the TI11’s Playoff Final. As for the losers of the Upper Bracket R2, they will be dropped into the Lower Bracket R4 and still have a shot to win the Grand Finals of the International Dota 2 Championships. Below are our predictions of these both matchups.

Team Secret, who finished second of Group B, will face one of the teams with strong inclinations to win the tournament. There is no doubt that it will be a close clash, but the winning chances of TI11 put Secret slightly ahead due to its shape in recent days. Following the https://gg205.bet/en-ca/esports odds, Team Secret enters the upcoming matchup as the -200 favorite.

The European team had to make its way to the Group Stage through the LCQ, and the players were certainly not at their best. However, after their constant ascent to the top of the table, the situation has changed. They have reached their level of play in recent days and come from four consecutive victories against Entity, Team Aster, Talon Esports, and PSG.LGD.

Despite Thunder Awaken having a 10-8 record of the Group Stage, we think it will be Team Secret that out-maneuver Americans with their seemingly undefeated performance.

Team Aster has impressed everyone with its performance so far, but it may not be enough against Tundra Esports. The latter enters the game with -160 odds of winning and provides a good value for the bet.

Tundra had a strong start in the first phase of the tournament, being in the top half of the classification with a record of 9-4 at the end of the third day. Then they took the lead of the group in recent days to seal their first place with three consecutive victories over Team Spirit, Fnatic, and Entity. As for the Playoffs, they defeated OG in a dominant fashion and moved on to face Team Aster in the Upper Bracket R2. In our opinion, the European team has already had an impressive campaign, and they are a good bet in this game.

According to the TI11’s Playoff schedule, four teams that finished from 5th to 8th places in the Group Stage of both groups will face the losers of the Upper Bracket R1 in the Lower Bracket R2 on October 21st.

The first game is between Evil Geniuses and beastcoast. The latter, widely regarded as the best South American team, finished the Group Stage with 8-10 in 7th place. Evil Geniuses, on the other hand, took the lead of Group A with a mark of 14-4. With all that in mind, it is pretty easy to call the favorite. Beastcoast needs to perform a great Cinderella run to stop the EC giant.

PSG.LGD, the last year’s finalists, will compete against BOOM Esports in the Lower Bracket R2. Even though the Chinese powerhouse has not looked the best this month, they are firm favorites in this game.

The game between OG and Gaimin Gladiators is a little more difficult to call, but let’s go with OG since they have a slightly better record this season.

The fourth meeting of this lower round is between Team Liquid and Entity. Liquid looked good during the Group Stage and managed to finish second with a mark of 13-5. Despite the guys’ defeat against Team Aster, we still believe that Liquid is the best bet in the upcoming match.

What makes betting better with BNB

Is Julius Jones Still Alive Find Out In This Solved May Mystery!

A Comprehensive Guide Of Benefits of Information Technology In Businesses

Uoozee June 2022 Reviews Is This A Genuine Or Scam Site?