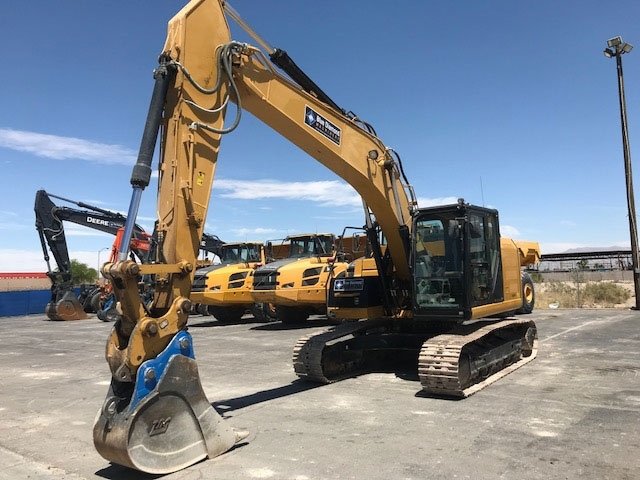 From handling materials to basic construction, landscaping, and mining projects – need a machine that can do it all? Excavators are your answer. Also known as diggers, these powerful machines make light work of heavy-duty jobs like Demolition, trenching, dredging and more.

How do you know which excavator is the best for your needs?

The best way to choose which excavator rental you’ll need for your project is by determining what exactly you need the machine for. Once you know the right size of excavator, the attachments needed, and how long you’ll be using it, then opting to rent or buy one will be much easier. Not to mention, more efficient for a job–it’s better to have the right tool fit specifically for that task rather than trying to make one do-it-all product work.

While excavators are frequently leveraged for earthmoving endeavors or tasks that need a great deal of digging, the many attachments and size options also make them valuable in excavation projects of any scale.

Excavators generally come in six sizes: mini, medium, large, demolition, long-reach, and wheeled. Most people renting or buying an excavator determine which size they need by the following standards: either its weight or the project it will be used for. For example, those in the mining industry usually require a specialty excavator.

You will almost certainly see an excavator during the early stages of any construction project, from small backyard landscaping projects to the construction of new skyscrapers. Their size variation allows them to be used in large and small-scale projects alike. There are also several different types of excavators available, each designed for specific purposes.

What are some of the different types of excavators?

There are six types of excavators available on the market:

The most popular type of excavator you’ll see on a job site, usually for mining or landscape grading, is the crawler excavator. They are called “crawlers” because they get around on tracks, instead of wheels. These babies have some serious power due to their hydraulics–way more than other machines like them. And since they operate on tracks instead of tires, they can handle rougher terrain without issue.

Dragline excavators clear dirt and soil for underwater projects, pile driving, or road excavations using a hoist rope and dragline system. They’re normally hauled to job sites in separate pieces before being assembled because of how heavy they are and their awkward shape. These types of excavators excel at larger job sites and projects.

Suction excavators are excellent for underground applications and debris cleanup because they use a sophisticated blend of water jets and high-pressure vacuums to clear potential obstacles with extreme precision.

A long-reach excavator is a type of excavator that has been designed to reach farther than a standard excavator. It is often used in demolition work, but it can also be useful for other projects.

If you’re working on a smaller-scale project, then a mini excavator is perfect for you. They are more compact than the regular crawler excavator yet just as effective. Additionally, they come in handy on tight job sites that have many obstacles and delicate terrain–perfect for landscaping projects. However, keep in mind that mini excavators lack tail-wing capability so take that into consideration when making your decision between renting an excavator or mini excavator.

Different from a regular excavator, a wheeled excavator is fitted on wheels instead of metal tracks. Though they first gained popularity in Europe, wheeled excavators are now becoming more popular in North America for use in city projects because their wheels cause less damage to roads and pavement than traditionally tracked excavators.

The excavator is a machine with many purposes, perfect for projects both big and small.By understanding the different types of excavators and what each one is best suited for, you can make an informed decision about which one will work best for your needs. If you’re in the market for an excavator, we have a wide selection to choose from so you can find the perfect machine for your next project.

Codarecords 2022 Reviews Is It A Fake Site Or Can Be Trusted?

Trimsher 2022 Review Is It Actually Worth Your Money ?

A Menacing Timeline Trello Roblox Check Out The Details!

Gilmours Reviews {June} Is This A Legitimate Site Or Not

Choberish April 2022 Reviews Read If Its Trusted Or Not ?