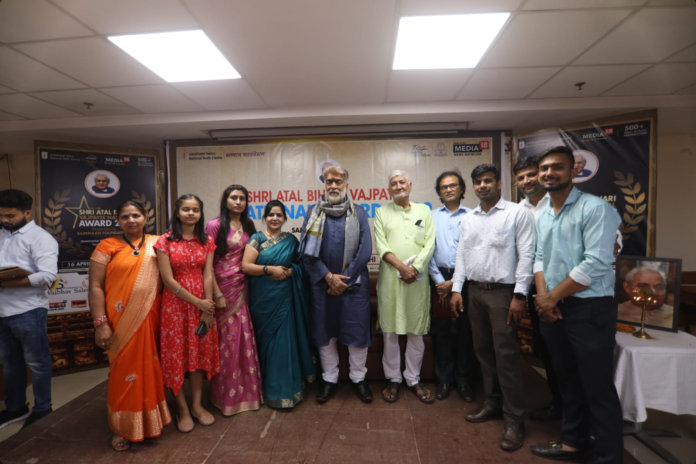 During this ceremony, 25 eminent personalities from India were honored with the Shri Atal Bihari Vajpayee National Award 2022, for their contribution towards the welfare of the society.

Gaurav Tiwari, The founder of Sammaan Foundation, informed us that Shri Atal Bihari Vajpayee National Award 2022 is the first honor ceremony in India, which has been named after Hon’ble Ex-Prime Minister Shri Atal Bihari Vajpayee. This award ceremony is conducted by sammaan foundation with the support of the Jawaharlal Nehru National Youth Centre. He said we are also planning to organize this award ceremony in other states of the country on regular intervals.

Mr. Gaurav Tiwari congratulated all those who were honored with this award and wishes them a great future. He also praised all the office bearers and members of Sammaan Foundation for making this ceremony a success.

Below are the names of people who have received this honor:-

Shri Sunil Chandraswamiji, the chief guest inaugurated the ceremony with the chanting of the Om Shakti mantra and he also praised the awardees and team of sammaan foundation, by saying that people should come forward in this way and keep their duties towards the society with full dedication. He also addressed the youth of the country by saying that “our country needs youth for the fast and focussed development & these youth need to be aware”.

Shoplooksky Reviews Is It A Trusted Seller Or Not?